23.5 Hrant Dink Site of Memory is opening on June 17th

Since the assassination of Hrant Dink on January 19th 2007, the former office venue of Agos Newspaper in Sebat Building has a powerful presence in the collective memory. The former office has turned into ‘23.5 Hrant Dink Site of Memory’ and will open its doors on 17th of June.  The Foundation aimed to design the “23.5 Hrant Dink Site of Memory” as a space that addresses and highlights the importance of the universal values embraced by Hrant Dink — such as democracy, equality, justice, human rights and freedoms — as well as building a bridge between memory and hope.

The site of memory takes its name from the article “23.5 April”, written by Hrant Dink and published in Agos on April 23, 1996.

As Hrant Dink guides you through “23.5”, you will bear witness to his life, his work as a rights defender, and his death, while also seeing snapshots of different historical periods in Turkey.

Hrant Dink’s Office has been kept as it was, while in other rooms visitors are invited to question and discuss notions such as identity, equality, truth and justice through texts, videos and installations.

The Multi-Purpose Event Space: This space will play a significant role in making 23.5 a site of sharing, production, reflection and research, as it will host a range of workshops and events. In addition, visitors will have the opportunity to explore different aspects of Hrant Dink’s life through video walls consisting of documents, photographs and videos. Ten years of the Agos archives, dating from 1996-2007, will also be open to researchers and visitors.

Corridor: In this space, events from the history of Turkey between 1996-2007 will be on display, accompanied by news stories and headlines that appeared in Agos. The exhibits will focus on significant developments for minorities and events that hold a powerful place in the collective memory.

Tırttava: Designed to highlight the discrimination Hrant Dink faced during his military service, this room offers a space for visitors to share their own experiences of discrimination. Visitors will also have access to the stories shared by others.

Agos Room: This space uses first-hand accounts, newspaper archives, drawings, photos and videos to tell the story of the establishment of Agos, its achievements, the topics it deals with and the impact it has had.

Atlantis Civilization Room: Atlantis will focus on Hrant Dink’s childhood years in Camp Armen in Tuzla, his struggle and the story of Hrant and Rakel Dink. The space will also call attention to the cultural heritage of non-Muslim communities in Turkey and address the problem of property confiscated from minority foundations.

The Dovelike Disquiet Room:  In this room visitors will gain insight into how Hrant Dink became targeted after 2004. The trials and protests against Hrant Dink and Agos will be displayed in chronological order through Hrant Dink’s own narratives, accompanied by videos, news reports, documents and articles.

Toilet Choir: This installation will address the antidemocratic acts of the 1980 military coup through Hrant Dink’s own experience of being subject to psychological and physical torture in a cell converted from a toilet while under arrest after the coup.

The Quest for Justice: Using videos, documents and first-hand accounts, this room will shed light on the events of January 19, on the ongoing Hrant Dink murder trial, on the commemorations held every year on January 19, and on the people’s demand for justice,

Salt and Light: Based on the metaphor of “creating diamonds from pain,” this installation by the artist Sarkis is located in the back window of the building. A permanent exhibit, Salt and Light was designed by Sarkis for the 23.5 Hrant Dink Site of Memory as a space that allows viewers to feel, contemplate and commemorate.

Establishing an Embassy Project: German artists Horst Hoheisel and Andreas Knitz’s artwork — a permanent exhibit in 23.5 — draws attention to the normalization of relations between Turkey and Armenia.

The 23.5 Hrant Dink Site of Memory is envisaged to be a living and dynamic venue that promotes research and production. In addition to the activities organized within the scope of visitor programs, 23.5 will also host permanent workshops, which will focus on practices of remembrance, personal stories, Armenian culture and history, universal values such as democracy, human rights, peace and equality, and inspiring sites of memory and museums in different areas of the world.

Workshops based on interaction and active participation will render 23.5 a site for sharing, production and dialogue.  23.5 will collaborate with other sites of memory, non-governmental organizations, universities and educational institutions to develop programs that will foster empathy, coexistence and mutual understanding.

With perseverance, conscience and hope… 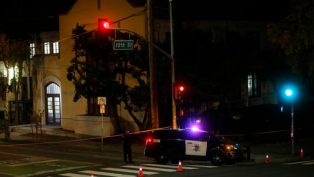 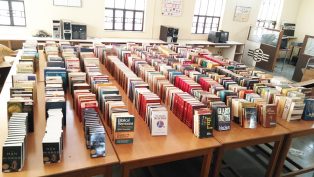 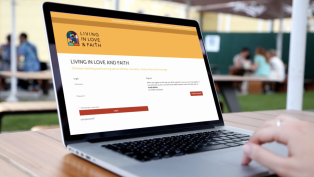 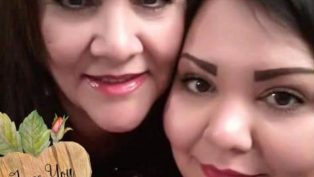 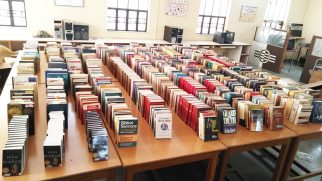 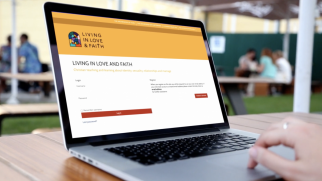 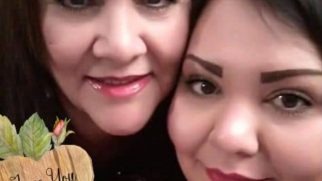 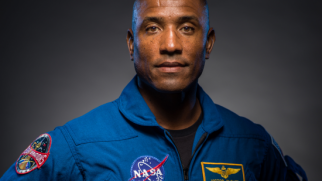