Attack to the Saint Mary Catholic Church in Trabzon 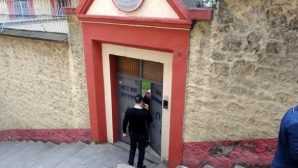 Another attack to the Saint Mary Catholic Church in Trabzon took place yesterday at 18.30 where the Roman parish priest Andrea Santoro was killed 12 years ago.

The parishioners stated that no one was killed or injured because there was not any function in the church. Police officers who came to the scene, examined the Mobese (street security camera systems) and found a man in his 40s with the gun that he shot once to the window of the church and run away from the street where the church is located. The attacker was taken into custody.

On the 12th anniversary of the murder of Father Andrea Santoro, the police, who went on the notice that there was an explosive substance in the garden of the Santa Maria Catholic Church, found a torso-like object. It is also said that there was a foggy bomb attack last month.