The Palm Sunday, which is celebrated in certain cities of Turkey on Sunday, began with the decoration of the olive branches in the early hours of Altınözü Greek Orthodox Church (Şağnini) located in the town of Altinözü in Antioch. After the mass, the weather was rainy and the celebrations continued under the tent provided by the Metropolitan Municipality.

At the Church of Jesus Christ in Altınöze, the entrance of Jesus Christ into Jerusalem was remembered with preaching, drama and the carols. On this special day, where intense security measures against any attack were taken, the security officers took control inside and around the church until the end of the celebration. 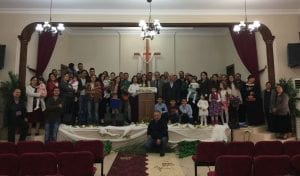 Day of Resurrection (Azari) of Lazar celebrated with carols

For the occasion of the Christian neighbors are visited by the young faithful, they were given olive oil and eggs as gift to the church like every year. 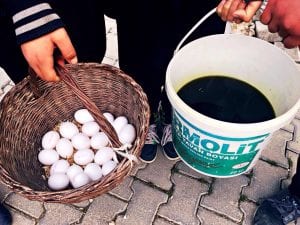 Archbishop Ruben Tierrablanca Was Sent Off On His Last Journey

The Last Sermon of 2020 from Patriarch Sahak II