TeK (Protestant Churches’ Association in Turkey), issued a statement about the rising tension between India and Pakistan 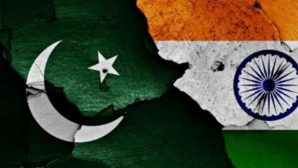 The board of the Protestant Churches’ Association issued a press statement about the rising tension between India and Pakistan. The statement ensures that the churches are praying for two countries for the peace and tranquility to come.

In the statement published by TeK points out that, communication problems, misunderstandings and tensions increase in parallel with the advanced communication networks and technologies. In the statement, the conflict between India and Pakistan has been shown as a concrete example of this.

“We pray that the conflicts between the two countries will come to an end. We, the disciples of Jesus Christ, who is called the Prince of Peace in the Bible, pray for the end of war and conflicts not only in India and Pakistan but in all over the world” said the members of the executive board of the Protestant Churches’ Association. (TEK)

Celebration of ‘Easter’ by the Antiochian Orthodox Churches