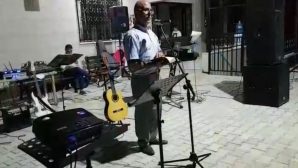 The 10th anniversary celebration of the opening of the church building of the Altinözü Jesus Christ Church on the 3rd of August in Antioch, in the district of Altinözü, has begun with the hymns. Selim Bayrakçıoğlu, the church pastor who made the opening speech, thanked the security forces and the government for the peaceful environment and prayed for stability. Bayrakçıoğlu pointed out in his speech entitled “What is the Church?” that the church is an organism and power that Christ initiated and that the mission of the church is to direct and transform the society in the best way. Bayrakçıoğlu stating that each community forms its own church model, “The mission of the church is not being designed by the society but to design the society. The society would change,” he said. After Bayrakçıoğlu’s speech, the celebration continued with the theater and the hymns.

Fevkani Church turned into ruin due to lack of care