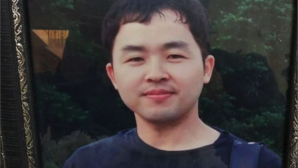 According to Hristiyanhaber news portal, S.D., who killed South Korean Jin Wook Kim with a knife (serving in Diyarbakır) was requested for up to 34 years of prison.

Journalist İsmail Saymaz reached the images of the file regarding the murder of Kim who was killed on November 19. The Kim’s murderer, S.D., was arrested by MOBESE (Street security camera system in Turkey). The images in the case file coincide with the statements made by the accused.

According to the images, Kim, who came out of the house on the night of November 19 at 22.24 and came to the Kardesler Cafe, starts to chat with his friends. After about an hour, at 23.22, the killer S.D. (16) comes to the cafe and sits next to the table where Kim is sitting. Two minutes after the killer’s arrival, Kim leaves the café with his friends saying goodbye and starts walking towards his house. One minute after, S.D. follows the victim on 468th Street.

According to the statements in the case file, S.D., who approached Kim after the following him, asked for his mobile phone. When Kim resisted not to give, S.D. took his knife and stabbed him eight times. S.D., who took Kim’s phone and ran away, threw the knife in the sewer hole. Escaping from the scene, S.D. was caught by police teams.