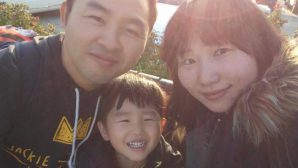 41-year-old South Korean citizen Jinwook Kim, died as a result of a knife attack in the Central Baglar district of Diyarbakır. Jinwook Kim was attacked with a knife by an unidentified person while we was walking down the street. Jinwook Kim, who received two stab wounds to the left chest and 1 stab wound to the back collapsed while the assailant fled the area.

Upon the notice of the citizens in the vicinity, 112 emergency medical services and police teams were dispatched to the scene. After the first intervention by the medical teams, the seriously injured South Korean citizen Jinwook Kim was taken to the Selahattin Eyyubi State Hospital by an ambulance. Despite all the interventions, Jinwook Kim could not be saved and he passed away.

South Korean citizen Jinwook Kim worked in the church service in Turkey for 5 years and has moved to Diyarbakır from Şanlıurfa 8 months ago.

According to the Christian News, police have launched an investigation into the incident and have arrested a 16-year-old boy who is suspected of murder. Law enforcement officials said the incident was intended to hijack Kim’s phone.

His Funeral was Today