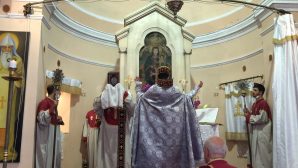 The Armenian Apostolic Church celebrated the day of Surp Santuht (Saint Santuht). In addition, the live broadcast of the Sacred Offering rites, which began during the Pandemic period, and sermon broadcasts of the Patriarch His Beatitude Sahak II continued.

Saint Santuht, the first female martyr of the Armenian people on the way to Christianity:

Saint Tateos and Saint Santuht are among the most important saints of the Armenian Apostolic Church. The enlightenment story of the Armenians has become synonymous with their names.

Jesus Christ, during His ascension said, “Go and raise all nations as my disciples; Baptize them in the name of the Father, the Son, and the Holy Spirit” (Matthew 28:19) Tateos first went to Urfa and preached God’s Word. He heals King Apkar, as well as he does many miracles. Afterwards, he goes to the settlements of the Armenian Kingdom, preaches to many pagans, and establishes the Armenian Apostolic Church. Later, St. Tateos, who went to Ardaz, entered the Armenian kingdom and brought Santuht, the daughter of King Sanadrug to faith. When the King learns all of this, he urges his daughter to return to her old faith, but he cannot get results.

The very angry King puts both Saint Tateos and his daughter Santuht in the dungeon and subjects them to terrible tortures. Although the king tries to persuade his daughter through a helper, he cannot succeed. However, the helper comes to faith. At the end, with the king’s orders, St. Tateos and Saint Santuht were martyred in the summer residence in Shavarsavan.

The Armenian Church celebrates the memory of the apostle Saint Tateos twice in the year, the first one being celebrated with Saint Partoğomeos and the next with Saint Santuht.”

In addition, Father Damatyan, who also performed the ritual in the church of Surp Krikor Lusavoriç on Kınalıada, also gave the sermon of the day at the end of the ceremony. Due to the precautions taken for the pandemic, the number of believers in the church was low compared to previous years, but the measures taken by the church administration were fully followed. 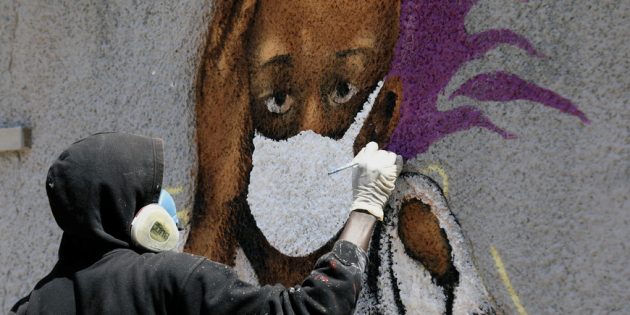 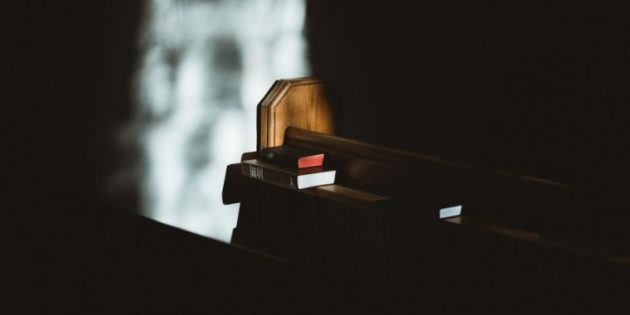 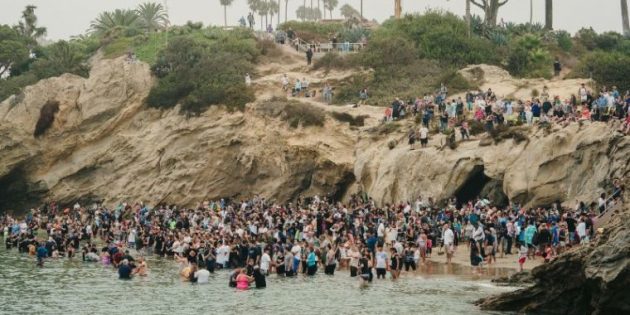